SOME REASONS TO LEARN SPANISH

Why Learn Spanish?. Because Spanish Lnaguage is speaking by around 500 million of people around the world, Spanish is the third most popular language, after English and Chino Mandarin. Spanish is speaking in a large number of countries in different continents, countries such as: Spain, the United States, Venezuela, Argentina, Chile, Equatorial Guinea, the Philippines, Guatemala, Honduras, Nicaragua, Costa Rica, Ecuador, Peru, Mexico, Cuba, the Dominican Republic, Puerto Rico, Panama, Colombia, Bolivia, Paraguay, and Uruguay. With over 35 million Spanish speakers in the United States.  Spanish language is becoming more and more important in today’s world. According to the U.S. Census Bureau, over 1 in 8 Americans is Hispanic and, according to USA Today, the Hispanic population will triple by 2050. That means that your knowledge of the Spanish language will open you many important doors. 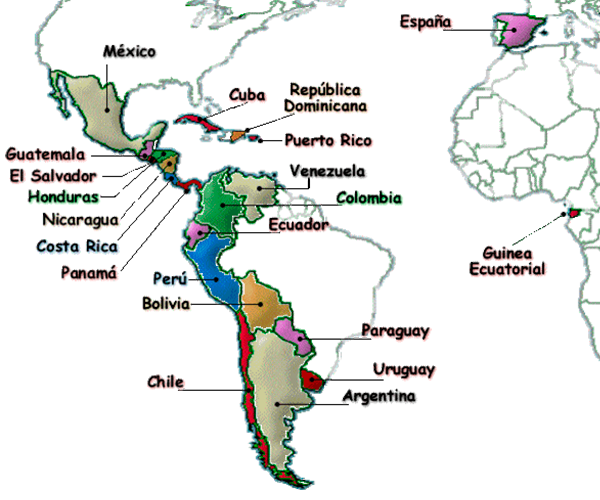 Learn Spanish help you to improve your employment Opportunities.

Just having a basic knowledge may be all it takes to separate yourself from the crowd of applicants for the job you are pursuing, with the rapidly increasing Hispanic population, there are a multitude of career fields in the US and Europe that need Spanish speakers, at business fields, diplomacy, interpretation, doctors, nurses, social workers, teachers, salespeople, translators, etc. And an important thing is that bilingual employees often receive a larger salary than their non Spanish-speaking-counterparts.

Speak Spanish open you the opportunity to do business with people from around 21 countries, with around 500 million of people total. Only In North America, Hispanic consumers are the fastest-growing market segment. Their population in the USA has grown by 60% in just one decade and their buying power is expected to exceed $1.3 billion by 2013. Speak in Spanish with native Spanish speakers will help you to get better economic agreements and a more friendly relationships with South American and Spain entrepreneurs.

You can visit a Spanish speaking country without any Spanish knowledge, your trip will in no way compare with the incredible adventure that awaits the traveler who speaks Spanish. If you only speak English, you will be forced to confine yourself to popular tourist resorts where everybody only speaks English. But if you want to explore the area and get to know the local people, you need to know Spanish, Even simple things, such as reading signs at street and menus, asking directions or telling a taxi driver where you want to go requires some knowledge of the Spanish language. Hispanic people are amazingly generous, and if you speak Spanish you will find yourself being welcomed in a way that would never imagined, knowing the language will allow you to move from the role of observer to that of an active participant of the local and active life.

Hispanic culture is becoming more and more important because is very rich and diverse. We have very important writers such as: Mario Vargas Llosa, Miguel Cervantes, Gabriel Garcia Marquez, etc. Musicians such as: Gloria Stefan, Julio Iglesias, Shakira, etc. From the royal portraits of Goya to the surreal depictions of Picasso, Spanish influence on the fine arts has been substantial.

The world begins to enjoy the cuisine of Spanish countries: Burritos, tacos, tamales, paella, lechón, arroz con frejoles, ceviche, and the list goes on and on.

Knowing how to speak Spanish will enable you to help others.

If you are a person who likes to help others, speak Spanish will enable you to work as a volunteer or help people in many ways using their own language.

It is Fun and easy.

Learn Spanish is also easy because Spanish is almost completely phonetic, almost any Spanish word is pronounced how is writing, further more a important group of words in Spanish are similar to words in English.

Many high schools, colleges, and universities offer study abroad opportunities for people who speak Spanish, for example you can get some University credits in Latin America at the same time that you enjoy your stay in one of these exotic countries.